Please type in your email to get started

Staking club is designed for the pooling of 32ETH by a group of people to launch their own Validator node. Keep all dedicated node benefits by staking with friends!
Learn More Schedule in person consultation 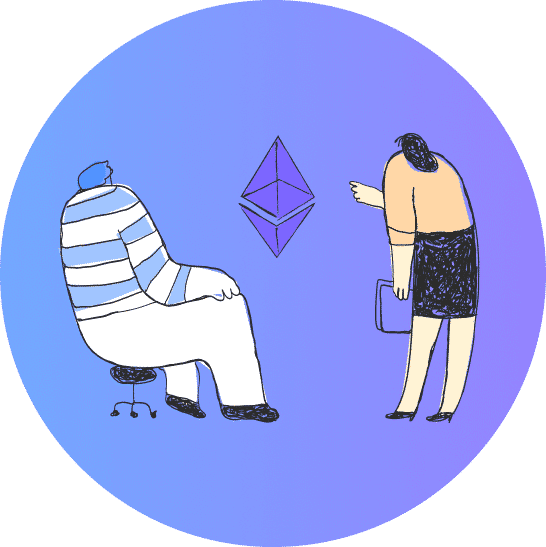 Launchnodes staking club provides a contract and template to allow multiple people with small amounts of Ethereum to pool together and stake Ethereum directly running their own node.

The staking club is set up by a staking club manager who invites all the club members, who each provide an amount of ETH which is less than 32. Their contribution is a percentage of the total 32 required to run a node and their returns are proportional to the amount they contribute.

Staking club provides a framework for the club manager to capture all the information about the club members and their contributions and a contract that governs how the returns are distributed. The contract is based on English law as Launchnodes is a UK business.

Once the club is established and the contract signed by members, Launchnodes then provide end to end setup of the Ethereum 2.0 validator node in the club manager’s AWS account. The validator node can connect to a Launchnodes Beacon node or the club’s own Beacon node. If the staking club manager is a software engineer familiar with AWS and wants to set up the node themselves they can use our detailed instructions and video guides.

This is a non-custodial Ethereum staking service that supports non-technical individuals with small amounts of ETH to pool together to run validator nodes in a staking club managers own AWS account. Therefore, people who hold small amounts of Ethereum can maximise returns and minimise risk. Having an easy to use set of templates and a supporting contract to set up the club, allows small holders of Ethereum to stake directly. The node is always on and brings the advantages of AWS and public cloud to staking Ethereum.

Full node set up and support

Set up on ETH2.0/Consensus Layer Launchpad

Set up your validator wallet

Set up your AWS account (with you if required)

Create the cluster for your Ethereum Validator node

Create the IAM role for your node

Create the wallet and import your keys to your AWS instance